Time and Space are being distorted, and so is the Pokémon TCG! It can only mean that the mighty Dialga and Palkia from the Sinnoh region are about to Tag Team up in the latest expansion. Introducing SM12 - Alter Genesis !

Alter Genesis is the brand-new 95+ card core expansion, released September 6th and available to order from Plaza Japan now! This set promises more Tag Team than ever before, as another Triple Tag Team arrives along with Tag Team Supporters for the first time! This Triple Tag Team means that Dialga and Palkia are not alone...

They are joined by the Pokémon "God", as SM12 brings with it Arceus & Dialga & Palkia GX! A card of heavenly proportions indeed.

Arceus & Dialga & Palkia come with and incredible GX move. "Altered Creation GX" has long-lasting effects that will really put your opponent on the back foot. Needing one Metal Energy, for the rest of the game, your Pokémon’s attacks hit for 30 more damage to your opponent's Active Pokémon, but that's not all. Add an extra Water Energy to really unlock the potential of this GX attack, as when your opponent's Active Pokémon is knocked out by damage from those attacks, take one more Prize card! That's FOUR prize cards for knocking out a Tag Team Pokémon! 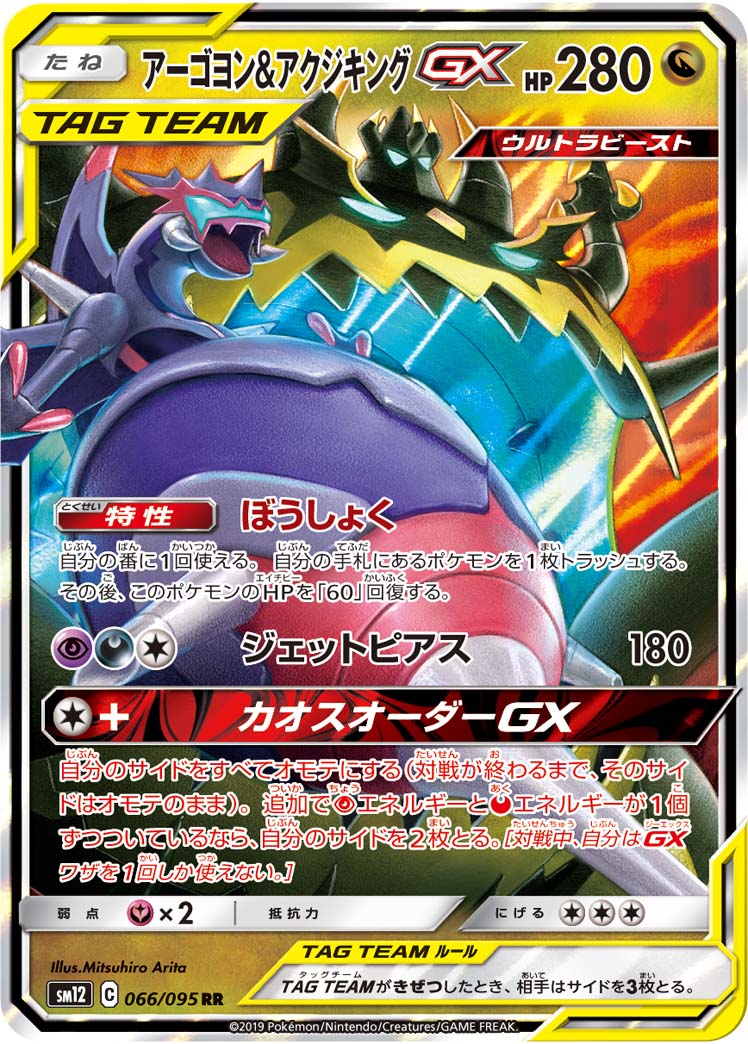 With this being a core expansion, we're treated to a total of three Tag Team GX cards, and three regular GX cards. Making up that Tag Team roster is Ultra Beast duo Naganadel & Guzzlord GX, along with Mega Lopunny & Jigglypuff GX! Some interesting combinations for sure.

Even more interesting could be the regular GX cards in Alter Genesis! Volcarona GX, Flygon GX and Oricorio GX all enter the fray with a wide range of new attacks and abilities!

Following on from the unique Dream League, it looks like the standard format returns - and that means some awesome SR Full Art and HR Hyper Rare for all of our new GX cards, along with the return of exciting SR Alternate Art cards for our Tag Teams! There's a lot to rediscover in SM12. 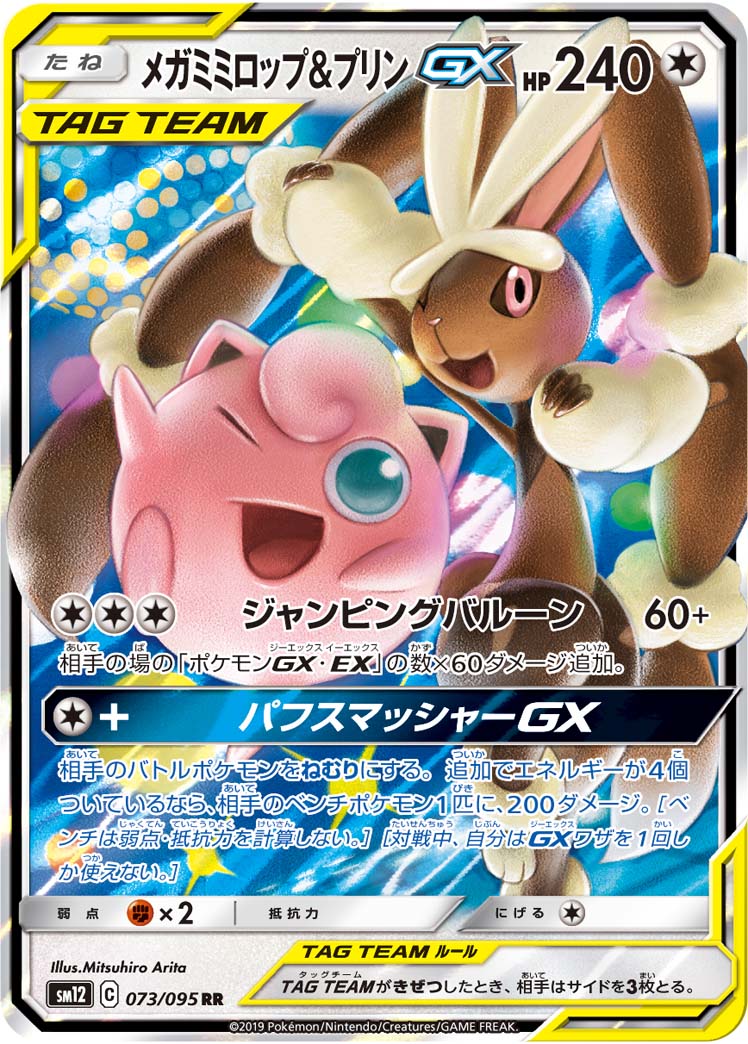 Alter Genesis has four new TR cards in fact, and the reprinted alt-art Trainers this time are the Items Cherish Ball, Adventure Bag , Pokémon Communication and the Supporter, Professor Elm's Lecture ! A great selection and it's great to see Cherish Ball already getting a Trainer Rare!

What about the new Tag Team Supporters? Well, let's get the Items out of the way first! The new items for SM12 will be Tag Call, Island Challenge Amulet and Beastnite! In particular, Tag Call allows you to put two Tag Team cards from your deck into your hand. Very useful indeed, and we can't wait to see which of these Items could be golden "SR" Secret Rare cards! A new Stadium card Chaos Swell has also been printed.

Finally, onto the Tag Team Supporters! This is the first time a card of this type has made an appearance. All of these cards come with devastating double effects compared to standard Supporter cards and could really tip the tide of battle into your favour. The four Tag Team Supporters introduced for the first time are Guzma & Hala, Cynthia & Caitlin, Mallow & Lana and the iconic Red & Blue. Just like the Tag Team Pokémon, there are some interesting partnerships here too!

An example of this is Red & Blue. This card allows you to search your deck for an Evolution Pokémon-GX that evolves from one of your Pokémon in play and put it on that Pokémon to evolve it. With this being a Tag Team, you then have the option to activate an additional effect by discarding two cards from your hand. If you do, search your deck for two basic Energy cards and attach them to the Pokémon you evolved!

With this sort of power, these new cards might just be too good to miss! We can already tell you that both Red & Blue and Mallow & Lana will have a beautiful Full Art "SR" versions to be found, and we can't wait to see who will be joining them! These secrets are yours to discover.

That's a wrap for SM12 and what seems to be the penultimate Pokémon TCG set of the Sun & Moon era, and it looks like it's going out with a bang. The almighty power of a legendary Sinnoh Triple Tag Team cannot be overlooked, along with some great TR card additions and the impressive new Tag Team Supporters, Alter Genesis might just be a must-have set! Don't miss out and order from Plaza Japan today!