The wait is over! The Pokémon fandom finally get to see the Galarian Pokémon set to make their debuts in Pokémon Sword and Pokémon Shield! A recent drop led to the unveiling of several new Galarian Pokémon including new forms for established Pokémon and a selection of brand-new, never-before-seen creatures. Let's find out what the Galar region has in store for us, shall we?

You already know some of the Galarian Pokémon — you're just not used to seeing them in their Galarian forms. Here's a sneak peek at what awaits you in the new games.

In its Galarian Pokémon form, Linoone transforms into a Normal and Dark-type Pokémon. That’s not the only change Linoone is making! The new Galarian-version of this Pokémon is also black and white and has a tendency to stick its tongue out — even in battle! Google Linoone’s new form and you won’t believe your eyes! 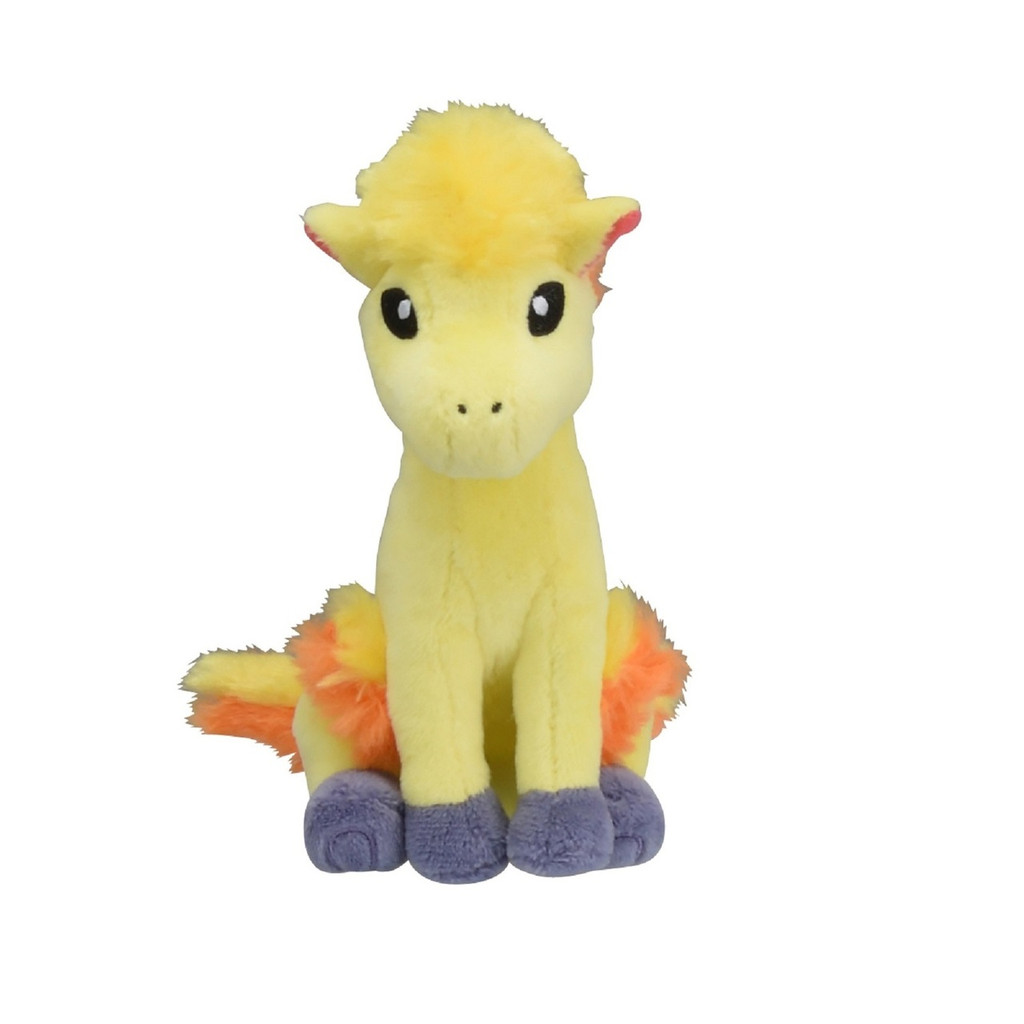 Ponyta is possibly the prettiest new Galarian Pokémon you'll ever see. Galarian Ponyta is basically a unicorn with a pastel mane of cotton candy hair. It can absorb the life energy of its enemies, and that energy gives its mane some extra sparkle. 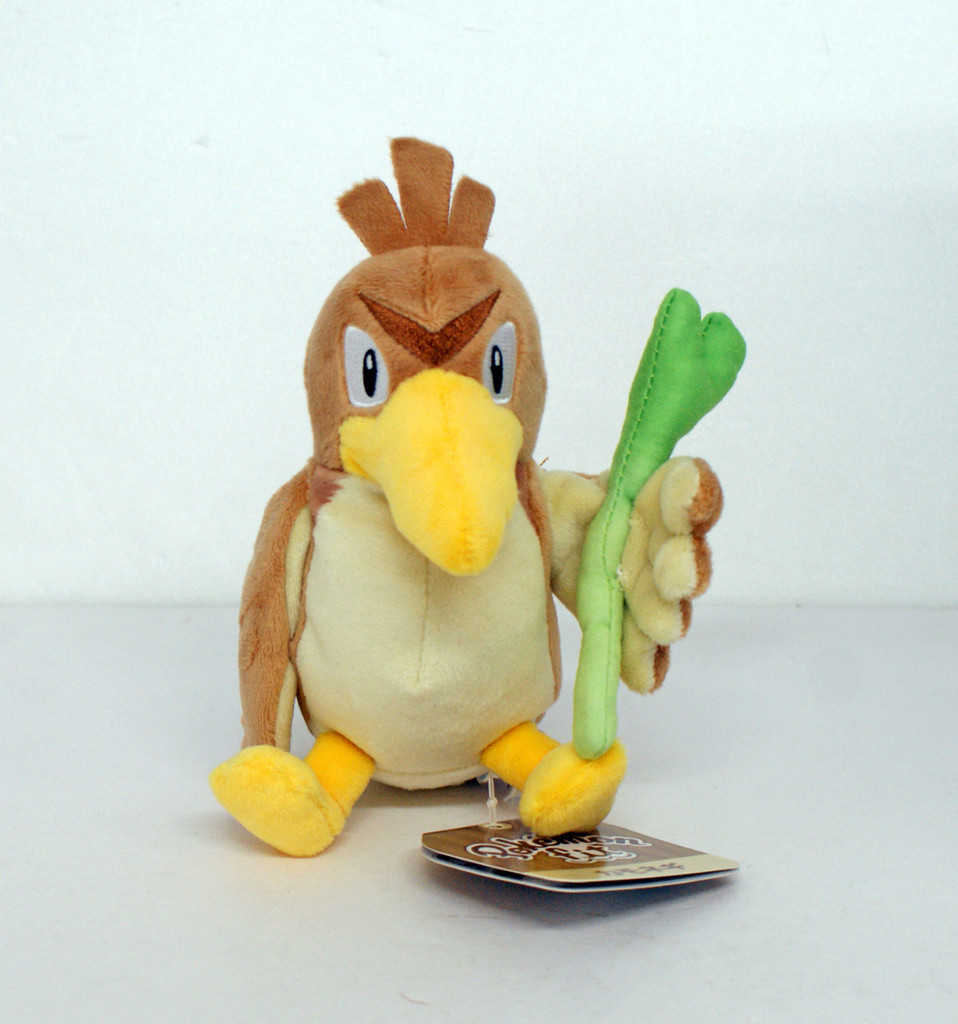 Remember Farfetch'd from Gen 8? Its Galarian form is Sirfetch'd, a fetching new Galarian Pokémon with a wickedly sharp wild leek and a thirst for the battle. Since this is a Fighting-type, you definitely want it on your side!

In its Galarian Pokémon form, Weezing wears a handsome Victorian top hat that doubles as a chimney. FYI, that's a hint regarding what Galar is like. It's an industrialized area, so you know this new form of Weezing fits in perfectly.

Obviously, since Linoone is a Galarian Pokémon, Zigzagoon has to make an appearance in the new Galarian Pokémon! In Zigzagoon’s new form, it transforms from just a Normal-type to a Normal and Dark-type Pokémon! Take care of your Zigzagoon companion — eventually, you'll end up with a Linoone!

Pokémon Who Hail from Galar

There are plenty of new Galarian Pokémon in these new games waiting to introduce themselves to you, too! These fantastical creatures promise to delight new and old players alike. Are you ready to meet the newest Pokémon? Think about grabbing a pack of Pokémon cards to strategize.

Fairy Pokémon are so sweet, and the new Galarian Pokémon Alcremie is literally sweet. It's a pile of whipped cream that has the ability to make real whipped cream whenever it wants! Now we just have to wait around for a Sundae Pokémon...

So far, Corviknight is Sword and Shield's first entry into the field of flying Pokémon. It appears to be dressed in armor at all times. In its powerful talons, it holds a personal taxi just for you. Rely on Corviknight to fly quickly from place to place, then invite it into battle where it's a fierce ally.

Cramorant is a Gulp Pokémon meaning that it is the glutton of the Galar region. This new Galarian Pokémon attempts to gulp down everything! If an object can fit in its mouth, then Cramorant is going to swallow it. See? Gulp Pokémon. As you can imagine, that insatiable need to swallow can lead to trouble sometimes. Some things are not meant to be ingested. Fortunately, Cramorant knows when it swallows something bad for it because it will immediately spit it back up! This Galarian Pokémon’s tendency comes in handy during battles, though, when Cramorant goes diving for ammunition and then throws it back at opponents.

Drednaw may look like a handsome turtle, but it's not an easy Pokémon to tame. It's a Bite Pokémon which may explain its allegedly vicious nature. You won't find a better Galarian Pokémon for defense, however. Apparently, the little guy can bite straight through stone and iron!

Duraludon is a Steel/Dragon Galarian Pokémon whose abilities lie in light and heavy metals. Its armor is lightweight, resulting in ample agility during battle. It's just what you need to build up a strong team!

Eldegoss is a gorgeous little Cotton Bloom Pokémon, complete with a seed pod that blossoms from its head like dandelion fluff. Not to mention both Pokémon and trainer can be able to be revived with the help of its seeds!

Gossifleur has a lot in common with Eldegoss, although Gossifleur is a Flowering Pokémon. It's a healer, as well, so you'll want to make sure to find both of these new Galarian Pokémon pretty early in the game.

At first glance, Morpeko is an adorable Galarian Pokémon, although it eats constantly. When it gets mad, its “Hangry” form comes out to play. You won't like Morpeko when it's hangry!

Obstagoon is actually one of Linoone's evolution that you won't find it anywhere but Galar. A born defender, this Pokémon enjoys taunting its enemies. It might feel a bit bitter because Linoone isn't exactly well-loved in Galar.

Polteageist is a new Galarian Pokémon with the cutest name in existence. It's pun-tastic. Polteageist resembles a wee ghost that lives inside of a teapot. Polteageist is composed of black tea which gives it a one-of-a-kind flavor and fragrance. Only trusted trainers get to sip the tea, however. Anyone else ends up with a wicked tummy ache.

Galar has its own Rock-type Pokémon, known as Rolycoly. The Galarian Pokémon has orange eyes, the source of its most intense attacks. Once upon a time, Rolycoly existed in every Galarian home but something since then has changed that. It can cover any terrain, making it an asset in every battle.

How precious is Wooloo? The aptly named new Galarian Sheep Pokémon looks exactly like a fluffy sheep. Galarians use the wool to make clothing, carpet, and other textiles. These Pokémon enjoy running away, but they're also numerous. You shouldn’t have trouble finding one!

Yamper the Electric Galarian Pokémon resembles a corgi which is right on-brand. Can you imagine a breed that's more deserving of being turned into a Pokémon? During battle, Yamper wags its tail while it fights. That's it — we've found our favorite!

You can meet the Galarian Pokémon in Pokémon Sword and Pokémon Shield which are both available on the Nintendo Switch. Shop the best Pokémon items at Plaza Japan to snag new Galarian Pokémon merchandise to celebrate the release of the games!